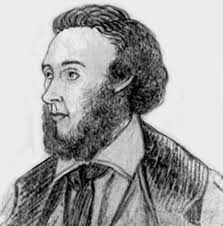 This attractive fellow is the infamous London stockbroker and entrepreneur Ben Boyd, after whom is named one of the most beautiful national parks on the south coast of New South Wales.

Ben Boyd landed in the young NSW colony in 1842 with the aim of making his fortune from primary production, whaling, shipping and finance. He became one of the largest landholders in Australia at the time, with over 2,000,000 acres around NSW.  He held massive holdings around Eden, and on the Monaro, and ran steamships between Twofold Bay, Sydney, Melbourne and Tasmania. 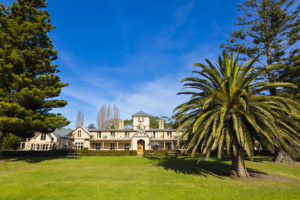 He began building the township of Boydtown on Twofold Bay with the construction of the Seahorse Inn. He then had plans to ship produce from his 14 Monaro properties to Boydtown, for export around the colony and beyond. However, he did not envisage the difficult task of constructing a road down the eastern escarpment!

He also built Boyd’s Tower, which was originally intended to be a lighthouse, but was deemed unsuitable by the Crown. Instead, it was later used by the Davidsons as a whale spotting station. 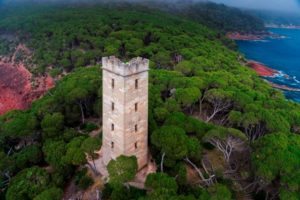 The 1840s were plagued with economic depression and labour disputes, and to try and solve his labour problems, Boyd started to “import” Pacific Islanders as indentured workers under slave-like conditions. Fortunately, this was met with stiff opposition.

Boyd’s conquests in NSW lasted barely 7 years, and in 1848 he departed Australia for the Californian goldfields. He disappeared in the Solomon Islands in 1851 when he went ashore to hunt ducks.

Despite his somewhat unscrupulous history, Ben Boyd’s legacy is found all over the beautiful Sapphire Coast. Come with us on a Gang Gang tour next spring to watch humpback whales cruise past the spectacular Ben Boyd national park, and have a beer in the beautifully restored Seahorse Inn in Boydtown. There’s lots to see and lots more to learn about this unspoilt corner of NSW!

Kosi to Canberra on mountain bikes!

Kosi to Canberra on mountain bikes!