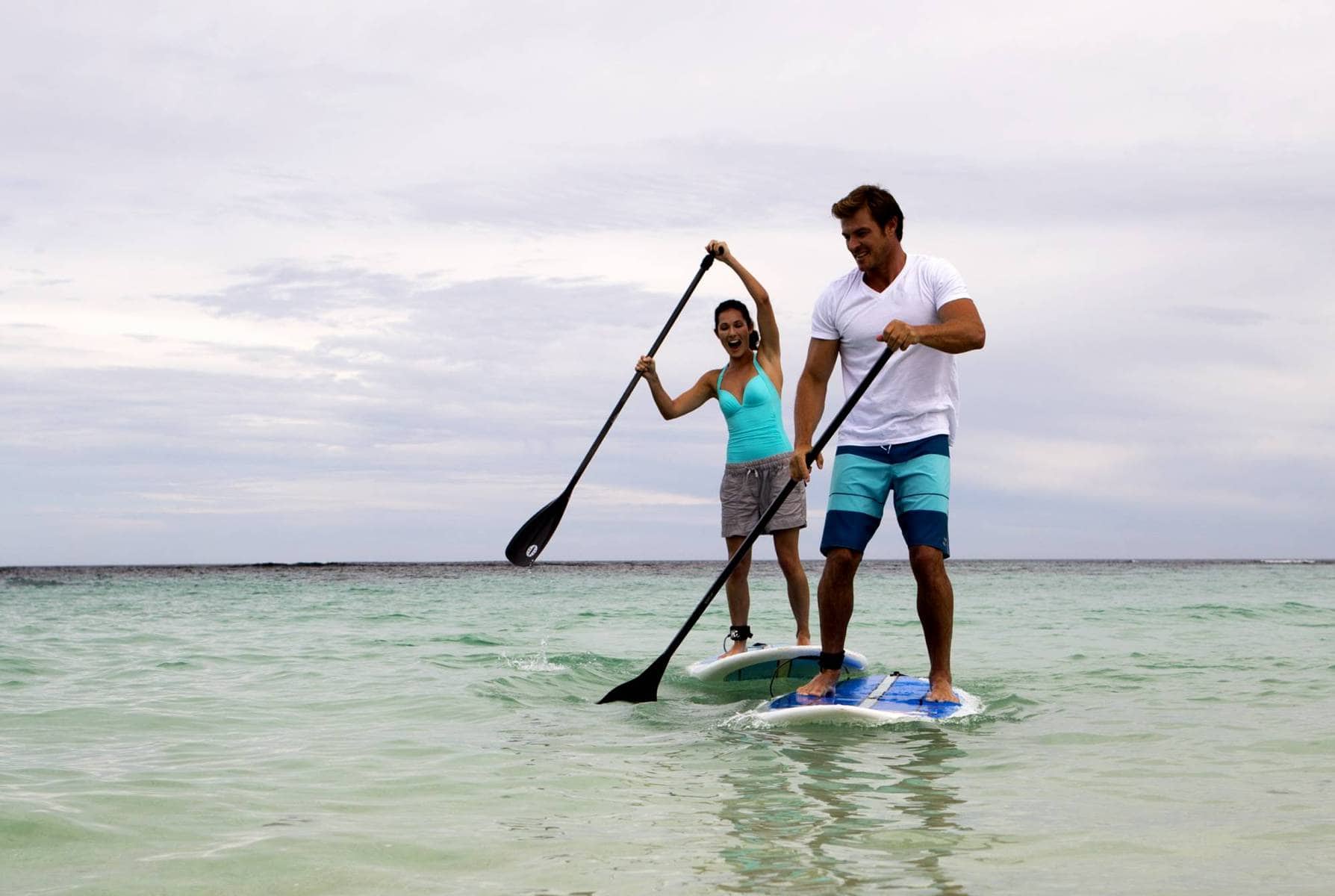 By Janine BeckerJune 8, 2016No Comments

It seems that stand up paddling in some form or another has been around for thousands of years. Ancient cultures from Africa to South America used boards, canoes, and other water craft propelled with a long stick to fish, travel, make war, and even ride waves.

We can be fairly certain that “SUPing” has been around in Australia for a long time, and could easily be over 50,000 years old! Check out this YouTube video showing the making of an Aboriginal bark canoe….

Modern stand up paddle surfing had its roots in Hawaii in the 1940s, and it remained largely a Hawaiian thing, until 2004, when a board was taken back to California, and the boom began!

Very quickly, stand up paddlers realised that the “surf” could be taken out of it, and recreational and racing SUPing were discovered as sports unto themselves. By 2009, SUPing was the single fastest growing part of paddlesports.

SUPers then realised that things could be added onto the SUP – kids, yoga, pets !

SUPing’s poularity could be due to the fact that it is accesible to most people, it provides good visibility into and above the water, it is relaxing, it provides a good core workout, and it can be used as an alternative to the canoe or kayak on lakes and rivers.

Gang Gang Tours includes a 3 hour guided SUPing experience as an optional activity on all of its tours for 2016. Anyone of any ability can give it a go, but just be warned – once you try it, you may be hooked ! Come and experience this fantastic sport as part of a Gang Gang Tour of the beautifully unspoilt Sapphire Coast of NSW. What are you waiting for ?