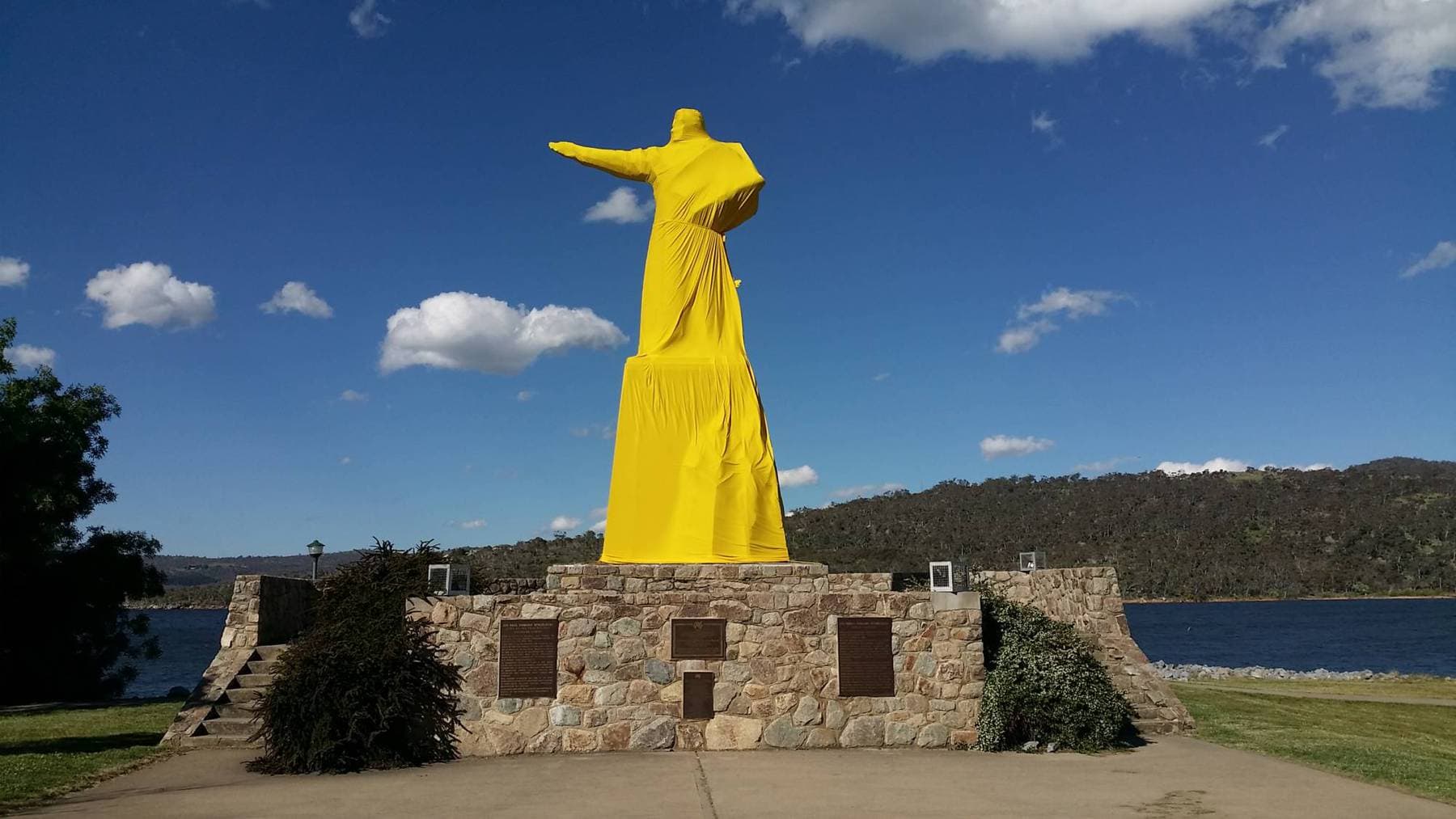 Why is the Strzelecki monument on the shores of Lake Jindabyne cloaked in yellow? Well apparently, it’s part of the lead up to L’Etape which is happening in Jindabyne and the Snowy Mountains on December 1.

L’Etape Australia by Le Tour de France is a road cycling event run under professional race conditions for amateurs. L’Etape has been held in Jindabyne every year in December since 2016, and attracts thousands of visitors to the area.

We hope that Strzelecki will don the yellow jersey every year from now on!

Who was Strzelecki? Pawel Strzelecki (a.k.a. Sir Paul Edmund Strzelecki) was a Polish born geologist and explorer. In 1839 he arrived in New South Wales and started discovering gold! The next year he headed south, and on March 12th 1840, he named the highest point in the Snowy Mountains, Mount Kosciuszko, because it reminded him of the burial mound of a Polish war hero of that name.

Now, no offence to our Polish friends and visitors, and their modern history, but the highest point in Australia was actually discovered and named tens of thousands of years ago. Targangal has long been a sacred site for Aboriginal people as an important part of ceremony and trade, and as a seasonal food source.

If you would like to learn more about the fascinating culture and history of Jindabyne and the Snowy Mountains, come with us on a Snowy Mountains Hydro Majestic tour!

By the way, how do you pronounce “Strzelecki”? Most locals say Strezlecki, but Polish locals and visitors correct us with Streletski!