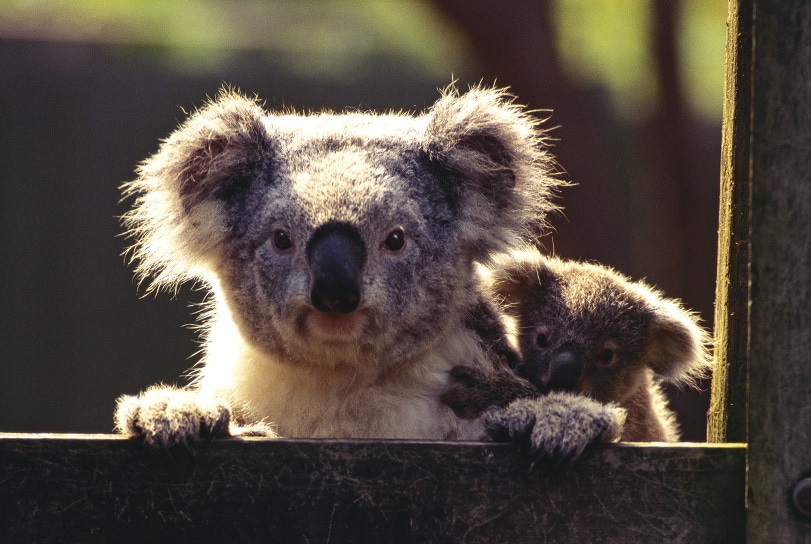 The two biggest threats to the survival of our south coast koalas are really one and the same – the destruction of their habitat by logging and land clearing. Koalas are fairly fussy eaters, and of the 600+ species of eucalypt Australia wide, they will eat only 4 – 6 different species in their particular habitat. Once these trees are felled, koalas have nothing left to eat.

In 2009, the number of koalas living in the Bermagui to Tathra corridor was estimated at less than 50. In 2013, there were some indications that numbers had increased slightly to 60. However, ongoing legal and illegal activity threatens to keep our cuddly little mates on the brink of extinction.

There is a long history of logging in south east NSW, and the late 1980s saw massive protests which resulted in the creation of the South East Forests National Park. Earlier this year it was announced that three whole state forests – Murrah, Mumbulla and Tanja – as well as half of Bermagui State Forest, were to be reclassified as the Murrah Flora Reserves. However, flora reserves do not have the same protection as national parks, and there is concern that they may be logged in the future. There is also concern that logging will intensify in other state forests.

Land clearing on private property is accelerating, and laws soon to be introduced my Premier Mike Baird will water down current protections, giving landholders the power to “self-assess” the number of trees that can be removed on their property. This, together with ongoing urban development, threatens to further destroy vital koala habitat.

This optimistic YouTube video about the koala survey process used by National Parks, stresses the importance of what happens to our south east forests in the next ten years.

What can we do to help? The Australian Koala Foundation does great work, as does SERCA and the Bega Valley Greens

Gang Gang Tours visits the Sapphire Coast on each of its multi-day nature based holidays. Come and experience the koalas’ habitat first hand and see why this little corner of the world is so special.