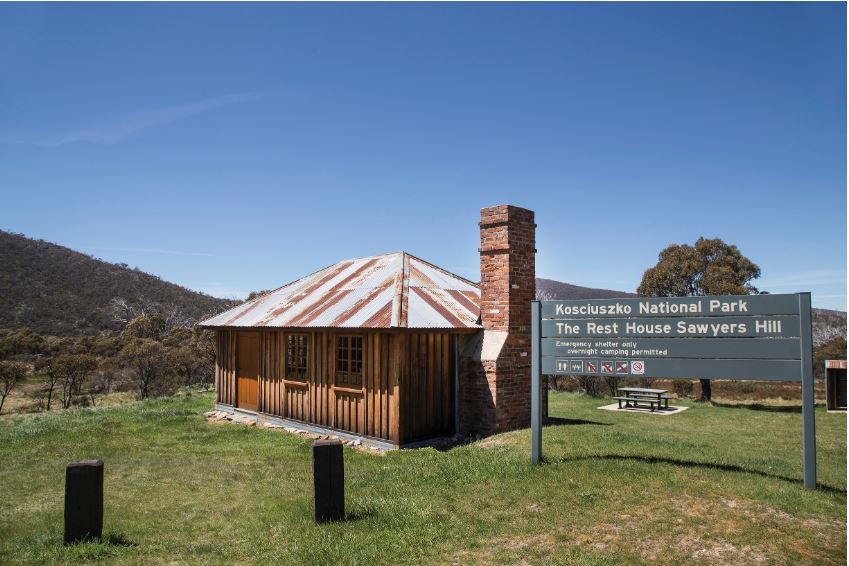 By Janine BeckerJanuary 23, 2020No Comments

The Sawyers Hill Rest House near Kiandra in Kosciuszko National Park, has a long history of being destroyed and rebuilt, as well as some other interesting misadventures…

It was originally built between 1910 and 1915 as a shelter for coach travellers who used the old Kiandra road. It was strategically placed between Adaminaby and Kiandra to serve as an exchange point for stores and supplies, especially during winter.

Prior to the 1940s, mail was delivered from Cooma to Kiandra on horseback. During heavy snow, the postman would have to leave his horse at Sawyers Hill and continue on to Kiandra on skis! In those days, the huts in the park served as emergency shelters, and no doubt saved several lives.

On the 7th of October 1952, the Cooma Monaro Express reported “The finding of two dead bodies in a hut alongside the main road about two miles on the Cooma side of Kiandra yesterday morning has provided a mystery the solution of which seems likely to be both simple and fantastic.”

Investigations revealed that a lorry loaded with farm supplies had been stolen from a garage in Cooma several days prior. Three men planned to use this lorry to get work around Dubbo. On the 3rd October, they were seen drinking at Cooma Hotel, and later the same day at the Adaminaby Hotel. They then continued on to Sawyers Hill where they decided to spend the night in the rest house. Two of the men decided to drink what they thought was wine from paper wrapped bottles that they found in the lorry. It turns out that what they drank was Arzeen – a stock dip containing arsenic! The third man, thinking that the men were sick from too much alcohol, slept in the lorry that night. The next day he found the two men deceased and fled to Dubbo!

In 1964 the hut was demolished and rebuilt by the Department of Main Roads. It was again destroyed in the 2003 bushfires and rebuilt by National Parks. Sadly, it was destroyed again by fire in early January 2020. 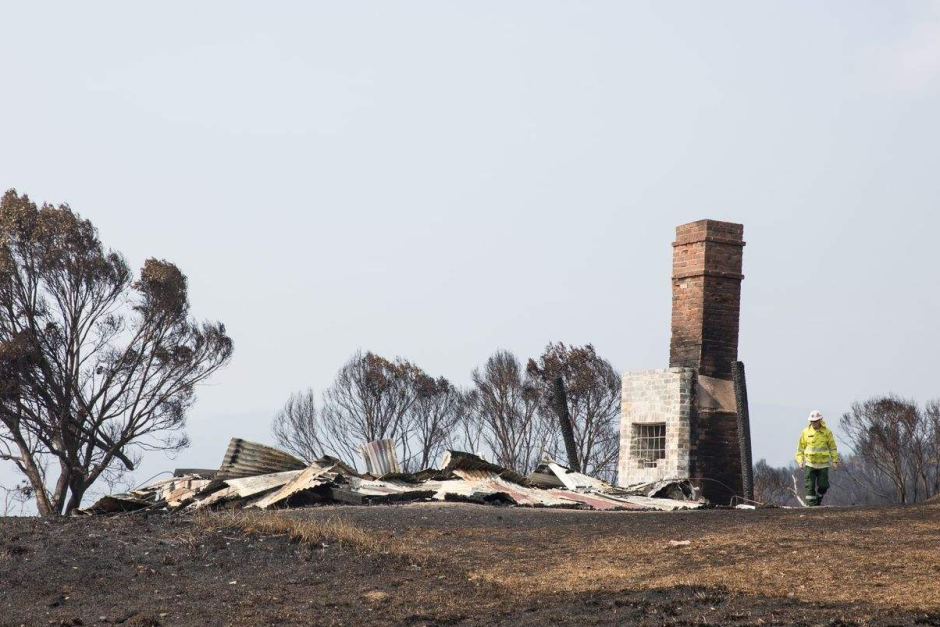 It may not be rebuilt before our Snowy Mountains Hydro Majestic Tour this November, but who knows, maybe next year? There are lots of other great things to see and do on our signature Snowies tour, so come along and learn about ‘The Scheme’ and enjoy the ultimate in 5 Star service on this intimate small group tour!

The Snowies are open!

The Snowies are open!