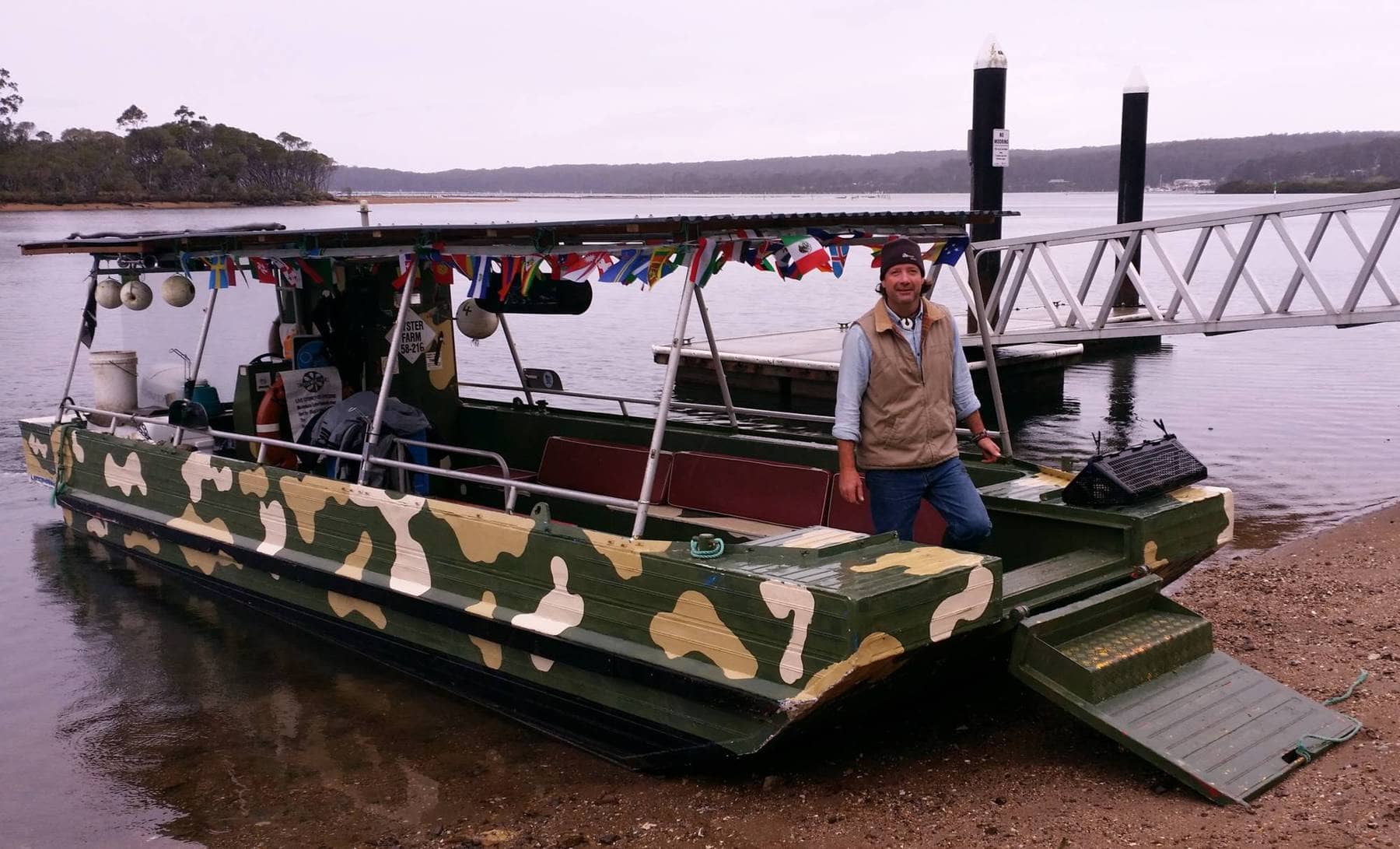 By Janine BeckerSeptember 24, 2016No Comments

Last Thursday, Gang Gang Tours had the pleasure of taking a Magical Oyster Tour with the fabulous Captain Sponge of Pambula Lake, on the unspoilt Sapphire Coast of New South Wales.

Captain Sponge farms the delectable Sydney Rock Oysters in the pristine waters of Pambula Lake and Merimbula Lake. On his very informative tour, we motored around the beautiful Pambula River estuary, and into the stunning Pambula River mouth. The Captain taught us many things about oysters, oyster farming, and the lake itself. 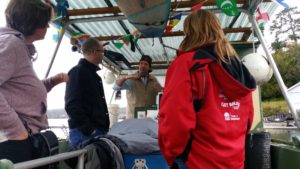 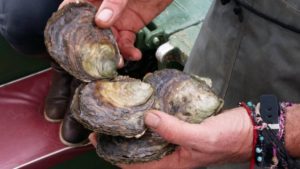 As well as teaching us all about oysters, Captain Sponge also talked a lot about the geology of the area, and its indigenous history. Aboriginal people are known to have lived in the area for at least 5,000 years, and evidence of their occupation is all around the lake. We saw several middens, as well as an ancient fish trap. Much more information about the indigenous history of the lake will be included in Captain Sponge’s indigenous tours that will commence in February 2017.

On the tour we also spotted several sea eagles, and Sponge pointed out one of their nests high up in a gum tree. Sponge’s passion for oyster farming and for the environment was obvious, and is also demonstrated by the many roles he fills locally in promoting the oyster industry, including the environmental protection project called “Love Our Lakes”. 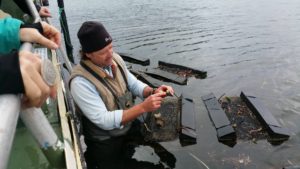 Some floating baskets that house the oysters.

Gang Gang Tours visits Captain Sponge on each and every Altitude to Sea Level and Sapphire Coast tour. If you love oysters and love nature, you will love Captain Sponge’s Magical Oyster Tour!

Come with us on a Gang Gang Tour, and we will introduce you to him!