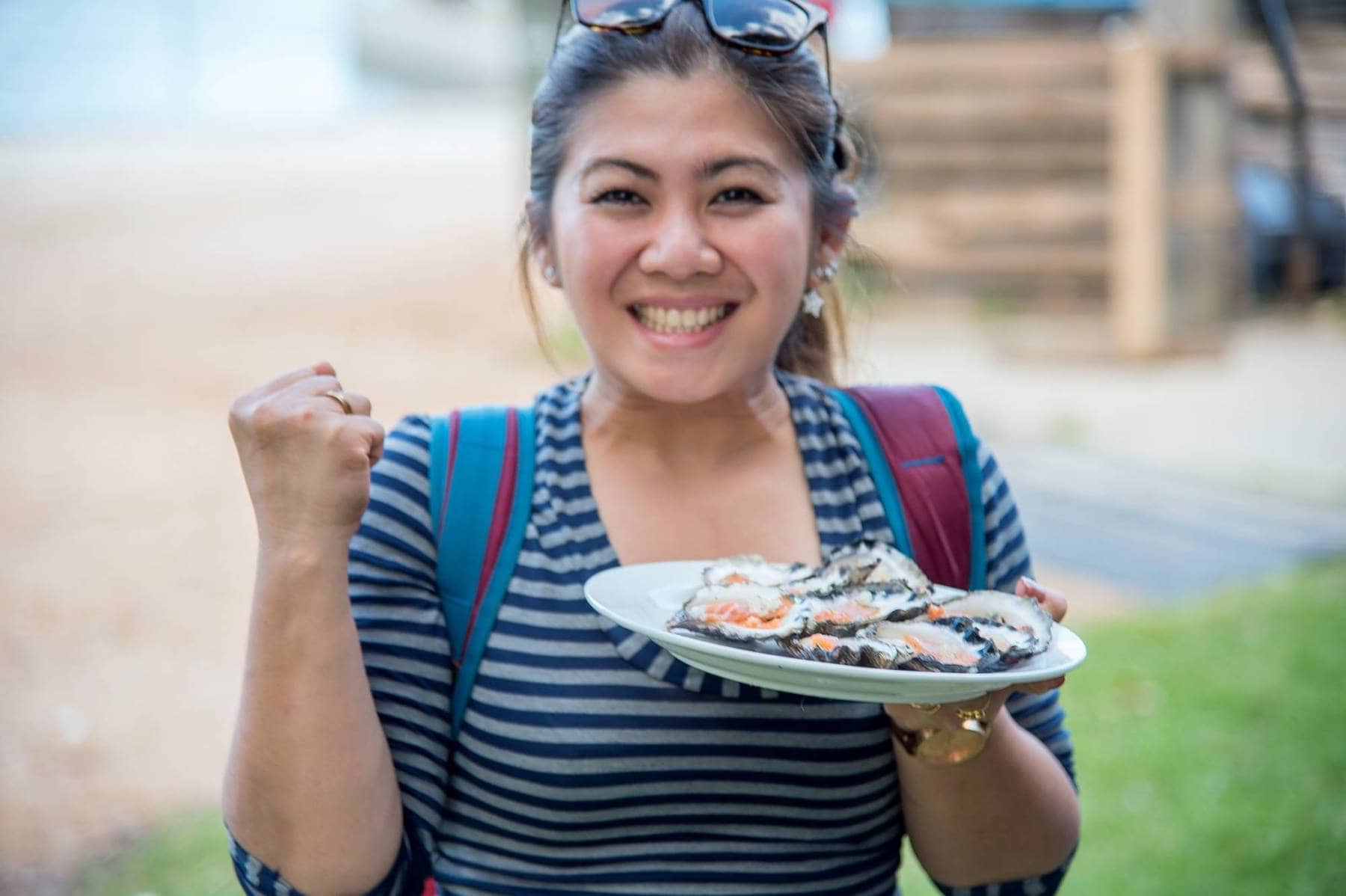 By Janine BeckerAugust 5, 2016No Comments

The Sapphire Coast of New South Wales produces some of the best seafood in the world, and has a long history of award winning cuisine.

Eden Smokehouse in Snug Cove has been operating since 1998, and smokes local sardines and kingfish, as well as eel, mussels and trout. I am a HUGE salmon fan, and my favourite of Stan’s products has to be the hot smoked Tasmanian Atlantic Salmon.

No surprise then, that this amazing cuisine won “Champion Salmon Product” at the 2016 Sydney Fine Food Awards. The smokehouse also took home three gold, three silver and one bronze for their products. 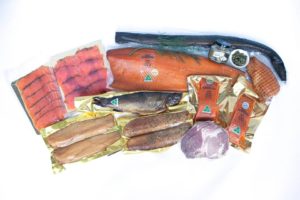 Spoilt for choice at Eden Smokehouse!

Broadwater Oysters on Pambula Lake have produced creamy Sydney Rock oysters with a smooth, subtle flavour since 1997. The combination of fresh water from two rivers, and tidal exchange from the ocean, make fantastic conditions for production.

Greg and Sue’s oysters have won several medals this century at both the Royal Hobart Fine Food Awards and the Sydney Royal Easter Show Fine Food Awards. In July this year, they thought it might be novel to take their oysters to the desert! 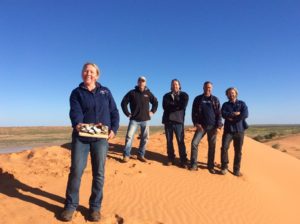 Sue and the crew in Birdsville Queensland!

Tathra Oysters has been owned and operated by the Rodely family for nearly thirty years, and has won over 180 awards!

Their Sydney Rock oysters are grown in the pristine waters of Nelson’s Lake in the middle of Mimosa Rocks National Park. No other oysters in New South Wales are grown in such pure wilderness conditions.

Just this week, Tathra Oysters was nominated as a finalist for the coveted Royal Agricultural Society of NSW President’s Medal. This modern award takes into account the social, financial and environmental impacts of the business, and is the ultimate agricultural award for excellence in Australia. If they are successful, they will be the first producer to win the award twice. 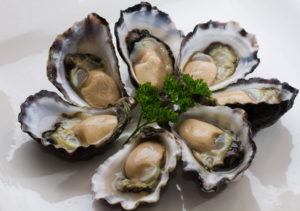 Tathra Oysters – Yum! Yum! and Yum! Thanks Gary and Jo!

Gang Gang Tours visits all three of these amazing producers on their tours of the Sapphire Coast. So if you have a penchant for top class cuisine, come and join us on a seafood safari!