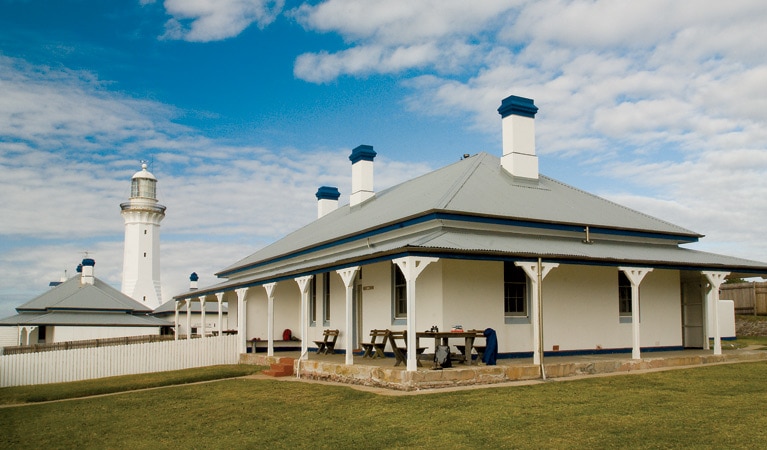 By Janine BeckerJune 4, 2016No Comments

Gang Gang Tours recently had a fantastic weekend trip to Green Cape Lightstation in Ben Boyd National Park on the Sapphire Coast of NSW. When we arrived in the afternoon, the weather was windy and stormy which made for spectacular seas and beautiful rainbows. The next day we did the 9km hike from Green Cape to Bittangabee in sunshine, with a stop at dramatic Pulpit Rock midway. 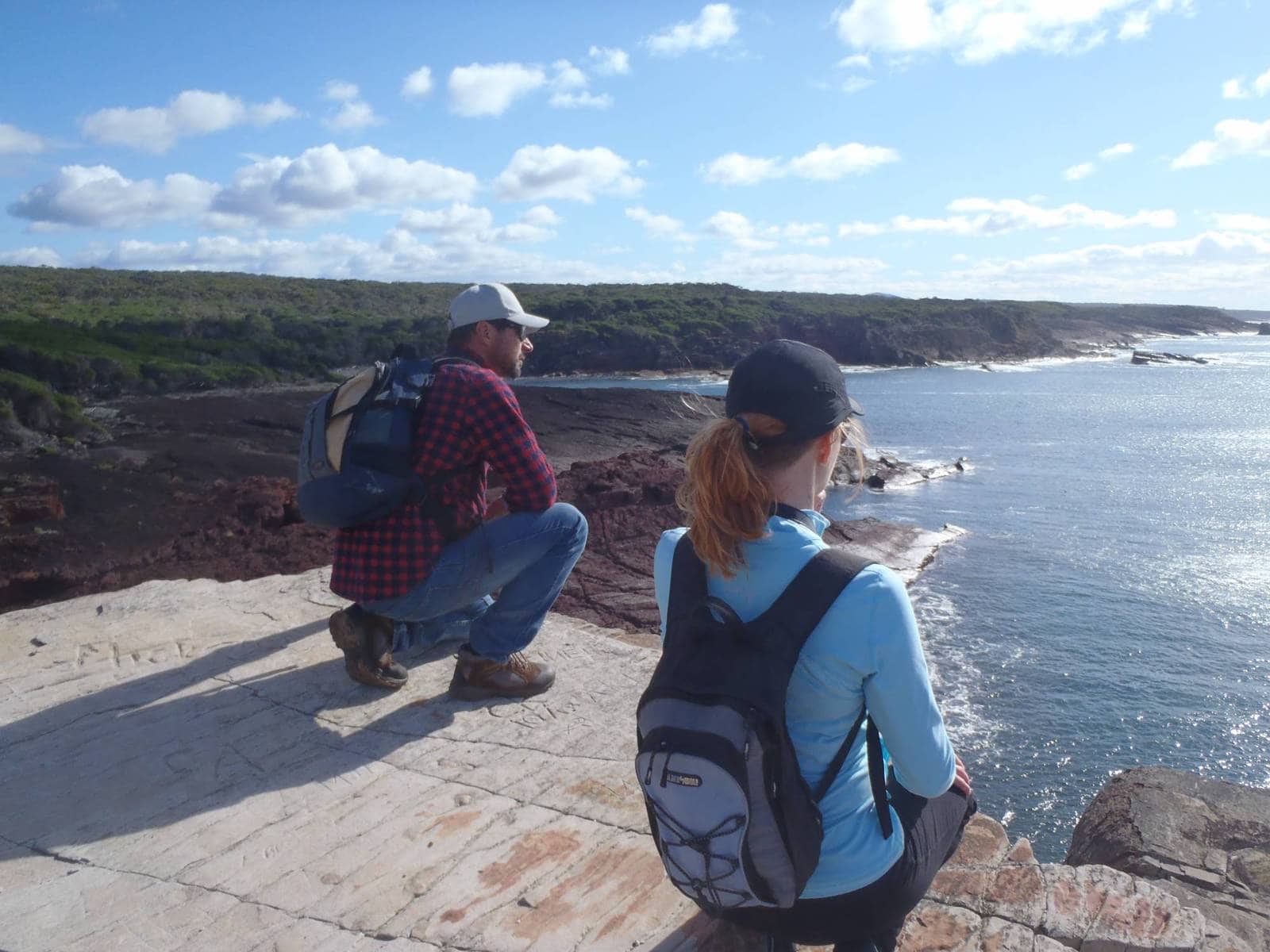 Green Cape is the most southern lighthouse in NSW and was built in 1883 after several shipwrecks on the cape, and in Disaster Bay (aptly named). The most infamous shipwreck was the SS Ly-ee-moon, which happened in 1886, after the lighthouse was built. The lightstation workers could only save 15 people, and the 71 people that perished are buried in a cemetery not far from the lightstation buildings.

In the early days of the lightstation, there could easily be over 20 people living on the cape, including children, as the lighthouse keepers had to be male and married. Supplies had to be brought by horse and cart from Bittangabee Bay, 9km away. Eden is a one hour drive away today, so imagine how long the trip would have taken in 1883! There was no popping into town for milk!

Gang Gang Tours will stay at the fabulous, heritage listed Lightstation Keepers’ quarters on each of our tours scheduled for 2016. Every time we have visited so far, we have seen dramatic seascapes, seals and seabirds. In October and November last year we saw humpback whales on their migration south, as well as dolphins, sea eagles, and a fairly hefty sized black snake!

Check out our Facebook page for more photos of our recent weekend getaway to Green Cape. 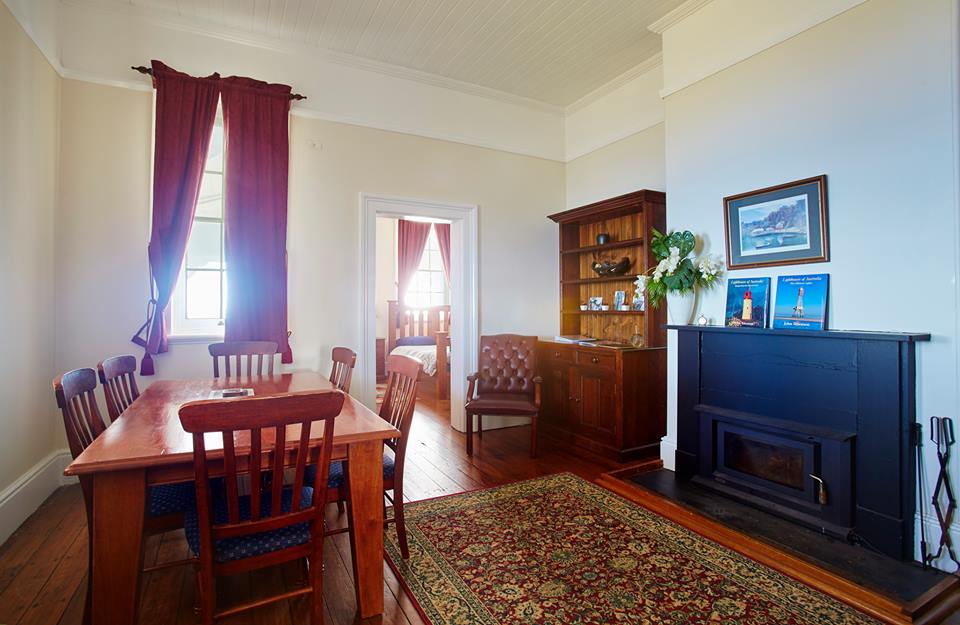 If you fancy staying at one of the most spectacular lighthouses in NSW and experiencing the wonderful wildlife and seascapes of Ben Boyd National Park, then book a tour with Gang Gang Tours now!