Private Gardens of the Monaro

By Janine BeckerOctober 5, 2021No Comments

Hazeldean was settled by the Litchfield Family in 1865 – home to six generations of Litchfields, and to one of the largest and most progressive Merino & Angus Studs in Australia.
www.hazeldean.com.au

The present homestead was built in 1907 and had a major renovation in the 1930’s by Professor Leslie Wilkinson, the first Dean of Architecture at Sydney University. Most recently Wilkinson’s 1964 plans for a top storey have been realised more than 50 years on.
The house is surrounded by a forest of 100 year old English Elms, extending out to an English like 10 acres of parkland.

The 5 acre garden has recently been renovated by Jim & Libby Litchfield, establishing new stone walls and expansive lawn terraces. There are several courtyard gardens, a cross axis Pear allee, extensive plantings of peonies, a wild garden of Spring flowering bulbs, a fruit tree orchard and fabulous vistas of the spectacular un-spoilt Monaro Plains, as well as historic stone stables built from basalt quarried from the property.

Shirley is a sheep and cattle property between Nimmitabel and Bombala. It has a higher than usual rainfall than most properties on the Monaro enabling the garden to thrive even throughout years of drought in the region.

The original garden design was laid out by Claude Crowe in the late 1930’s. The Shirley garden has been developed over three generations of the one family. John and Sally-Ann Cottle, the current custodians, decided to undertake a major renovation in 2006 and commissioned Melbourne landscape designer Paul Bangay to assist them. While wanting to retain the work of those who went before them they also wanted to incorporate their love of European garden design.

Shirley is truly an oasis in the vast Monaro plains with 7 acres of lush, green, expansive lawns, magnificent, mature trees, a parterre garden and a spectacular lake set in the Monaro landscape.
www.shirleygardenretreat.com.au 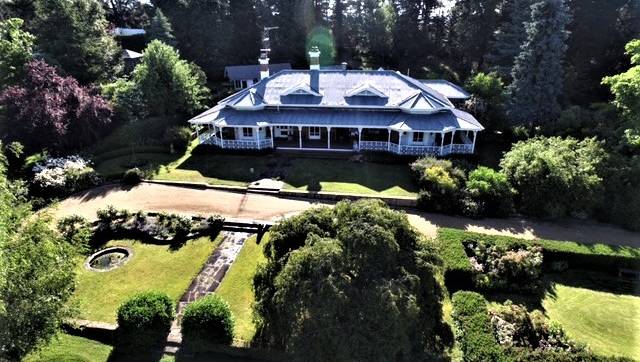 The Curry Flat homestead was designed by well known Monaro architect G. D. Cochrane in 1895 and still remains true to the original design with gracious verandahs and bay windows. The garden was designed and laid out by Claude Crowe of Berrima Bridge Nurseries in 1954 and most of this design also still remains.

The Jardine Family settled at Curry Flat in 1846 and the current custodians of the garden, Sue & Jim Jardine have extended the garden, adding a lake to the entrance as well as planting numerous deciduous trees. The charming garden has several “rooms” including a sundial rose garden, and reflecting pond.

We look forward to having you on board soon!