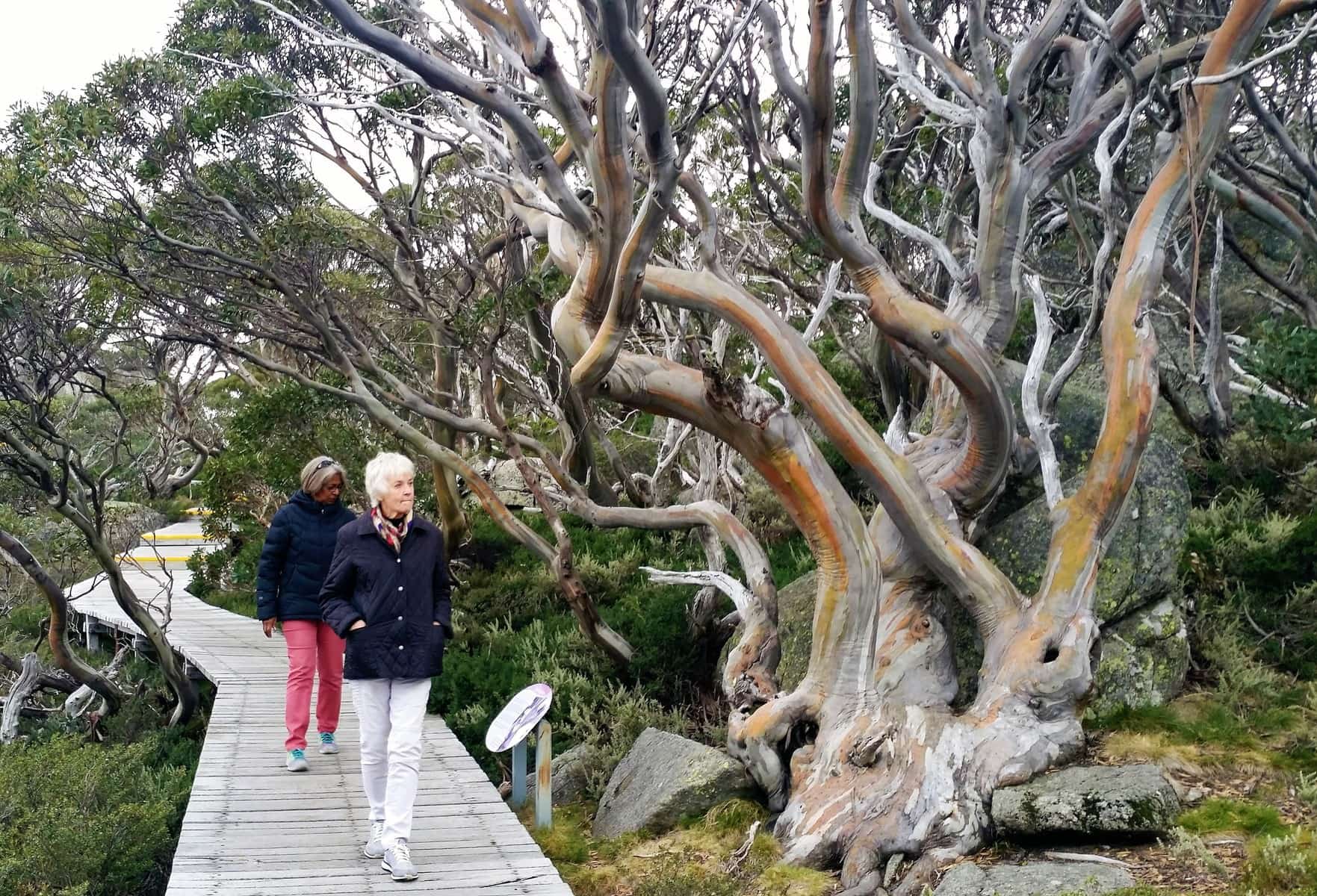 By Janine BeckerFebruary 18, 2020No Comments

Eucalyptus Pauciflora, or the iconic Australian Snowgum, was voted second favourite eucalypt of Australia in 2014 in a Twitter poll #FavEuc that included Chief Justices and Prime Ministers! After this summer’s devastating fires, I wanted to know more about how my first favourite eucalypt will be affected by our continuing climate crisis.

Between 2003 and 2014, four million hectares of bush was burned in the Victorian high country – the same amount that was burned in the 50 years prior to 2003. Over 90% of the Victorian distribution of Snowgums has been burnt since 2003, with some forests being burnt two and three times as successive large fires overlap with each other. Here I revisit the survival mechanisms developed over millennia of eucalypts generally, and Snowgums in particular. Unfortunately, it appears that due to human induced climate change increasing the severity and frequency of bushfires in our country, these adaptations are not adequate in ensuring the long-term survival of our Snowgum forests and their complex ecosystems.

Fire is an essential part of the lifecycles of both wet and dry eucalypt forests. Eucalypts are adapted to, and take advantage of, disturbances to the canopy such as fire, whereas rainforest trees do not. Some eucalypt species even have features that actually help to promote fire into the canopy.

“Individual trees of different species can withstand the effects of fire to varying degrees, but all eucalypt forest types depend on it to some extent for regeneration. Eucalypt seed release is triggered by fire, when tough, woody capsules [in the canopy] empty their contents onto a nutrient-rich ash seedbed from which all the understorey competition for light, water and nutrients has been removed. Browsing animals are driven out for a time, and the heat-treatment of soil reduces the numbers of plant-eating insects and soil organisms during the short but crucial early growth period.”

Eucalypts have specific adaptations to help them survive a fire. Two of these are lignotubers and epicormic buds. Lignotubers are swellings just below ground level which contain food and masses of hidden buds. When the tree is damaged by fire (or grazing), new shoots grow rapidly from the lignotubers. Epicormic buds are found deep underneath the tree’s bark on the branches and trunk. If a tree loses its crown from wildfire, the buds quickly sprout epicormic shoots of green foliage which enable the tree to survive. Their ability to regenerate however, still depends on other factors such as tree height, scorch and char height, species, age and the severity of the fire.

Snowgums however, have a very thin bark, and often lose their branches and trunks to fire. This is where they depend on their lignotubers. When the canopy is lost, the lignotuber releases the protected buds and the energy stores, allowing the tree to vigorously re-sprout after fire.

As bushfires become more frequent and more intense due to climate change, our iconic Snowgum may not be able to survive these recurrent catastrophies. A study by the University of Melbourne found that after two and three successive fires, the lignotubers provided significantly less and less new sprouts. Also, they found that after one and even two fires, the percentage of whole tree death (including the lignotubers) was quite low, but after three fires, the rate was between 50 and 80 per cent. Of course, after two and three fires in succession, any new seedlings that generated after the first fire are killed off. Hence, no new forest to replace the old one. 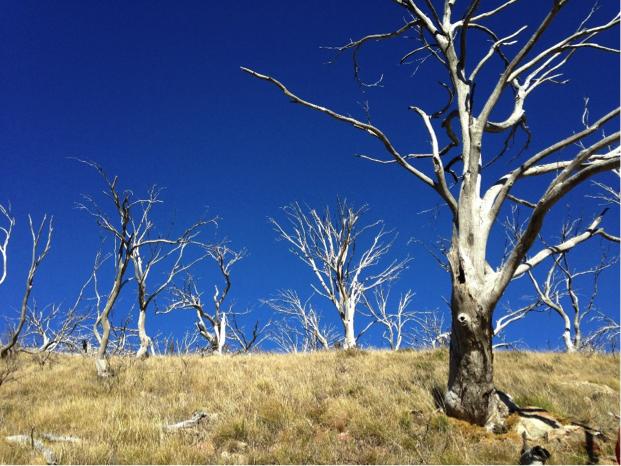 Also, after two or three fires, the new shrubs on the forest floor typically seen after one fire, have also been killed off. The result therefore, is a forest with fewer trees, a more open canopy, and a floor dominated by grasses instead of shrubs. It doesn’t take much to figure out the ramifications of this phenomena for creatures that depend on trees and shrubs for their survival. Like the critically endangered Mountain Pygmy Possum who depends on structurally complex shrubs in the alpine for its habitat, and the also endangered Leadbeater Possum that relies on hollows found in Snowgum forests. 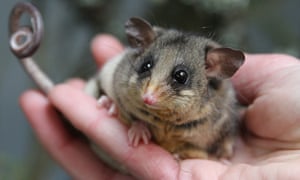 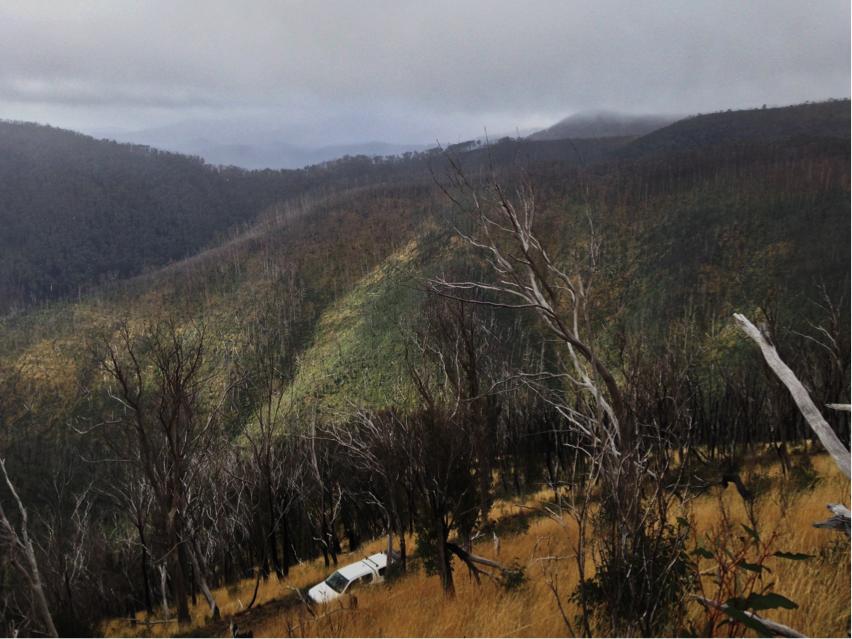 This very informative article by the University of Melbourne that I used in this blog, was published in Science Matters in 2017. The article ended with the following;

“Do we attempt to restore these forests through large-scale reforestation projects? Do we accept the changes as unavoidable consequences of climate change, and adjust our expectations of how they will look and function in the future? Or do we, as some scientists suggest, examine reforesting these regions with eucalypts that may be more resilient to recurrent fires?

These are ultimately tough ethical, philosophical and political questions with no easy answers, but ones that we will need to face – possibly sooner than expected.”

Yes, fires have devastated parts of the beautiful Kosciuszko National Park, but there are still many parts that are untouched, like the south of the park near Jindabyne, Thredbo, Charlotte Pass and Perisher Valley. There are many fabulous sights to see, and the locals in the impacted areas would love to meet you and shake your hand!