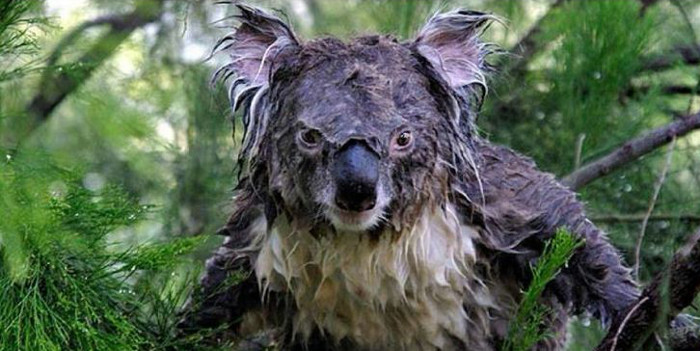 Drop bears are less likely to attack people with Australian accents, according to experts at the University of Tasmania

DROP BEARS TARGET PEOPLE with foreign accents more often than those who are Australian-born, according to new research.

The study, conducted in a drop-bear hot-spot in New South Wales, aimed to gather data around the behaviour and ecology of the elusive species.

There has been relatively little scientific research into the drop bear (Thylarctos plummetus), which the Australian Museum describes as a “large, arboreal, predatory marsupial related to the koala.” Populations are thought mainly to exist in forested coastal regions of eastern and southern Australia, stretching from the Cape York Peninsula to Tasmania.

Dr Volker Janssen, a research associate at the University of Tasmania, led a research team into Morton National Park, 120km south-west of Sydney, in search of drop bears.

Given that ordinary GPS tracking is difficult to apply to tree-dwelling animals, Volker came up with a new approach to study the animal’s behaviour. “It involves tracking the prey, rather than the predator. The location and timing of attacks is then used to map the animal population,” he says.

Members of the research team were tracked using GPS devices, and dispersed in the study area. The findings, published in the journal Australian Geographer, have revealed that six drop bears inhabit the study area.

“Drop bears are known to be very territorial,” says Volker. “They do not stray far from a relatively small number of trees in close proximity that are used as hunting ground.”

In a second study sample, a number of Australian-born research assistants were monitored and their data compared to that of assistants of international descent. Statistically, the results suggest that people born in Australia are significantly less likely to be attacked by drop bears. 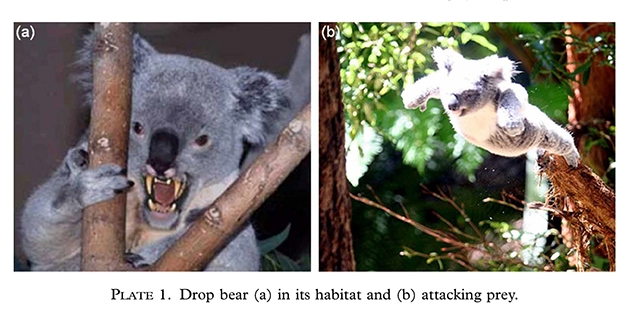 For the rest of this story, visit Australian Geographic.

Or to find out how you can come on a Gang Gang Tour, safely avoiding Drop Bears, give us a call!